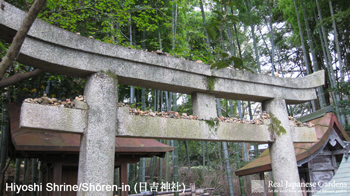 Starting my research, I asked our mostly non-Japanese followers on Facebook: do you think it is ok to use a religious symbol like a torii as a pure design element in a garden?

The answers from our Facebook community were, as expected, ambivalent.

In this article, I want to go into detail concerning the nature of a torii, its origins and how it became part of the western gardening culture. Further, I asked Japanese people about their opinion regarding torii used as design elements rather than in their original context. 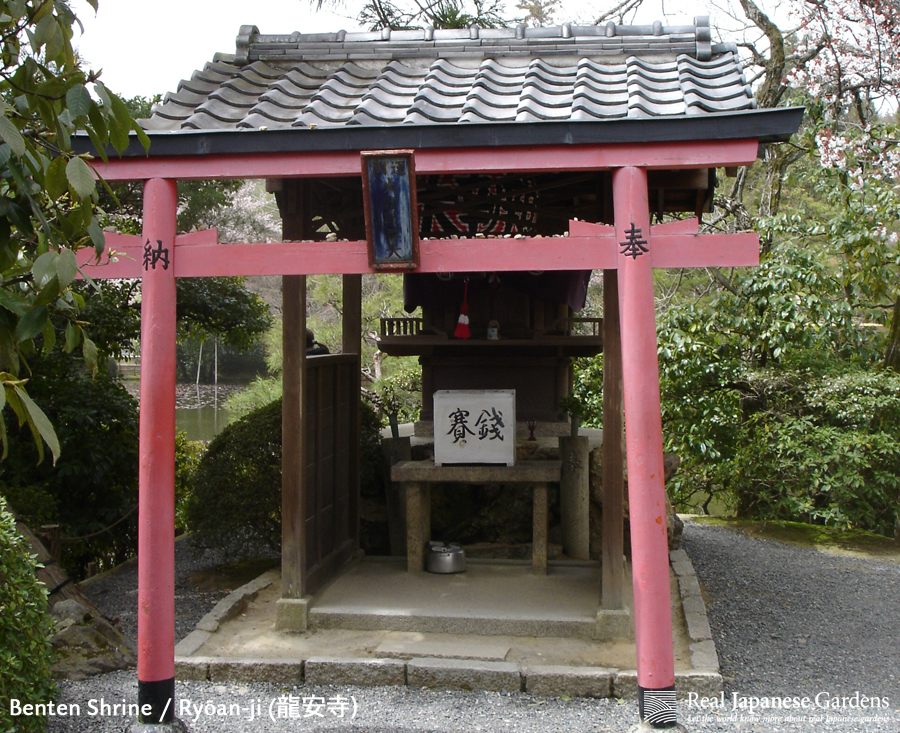 In Japan, when used in a garden, a torii is always indicating the presence of a kami (deity), which is residing in a shrine building behind it. These shrine buildings can be of smaller or of bigger size.

Usually, a torii is a gate associated with a Shinto shrine in Japan. It separates the mundane world from the sacred world of the Shinto gods.
What it means to religious people in Japan can be easily understood when looking at a citation from ‘Shinto Symbols: Contemporary Religions in Japan, Vol. 7, No.1 (1966)’. It says:

The torii is a kind of taboo (in ancient times it was prohibited to enter the area behind – ed. Note). It is improper to go under the torii with any impurity, spiritual or physical, and there must be no stains, sores or cuts, and no disease.[…] The less devout and outsiders in general pass beneath the torii with little or no idea of what its meaning may be.

The numerous red torii indicating an Inari shrine or the single red torii in the Hiroshima Bay in front of the Itsukushima Shrine at Miyajima Island, are its most famous forms.
The torii can be constructed with various materials like wood, concrete or metal and over 20 different styles exist.
Torii of the simplest style are made with two horizontal bars between two pillars and called shinmei torii.
The famous form with the curved roof of the Miyajima torii is called a ryōbu torii. 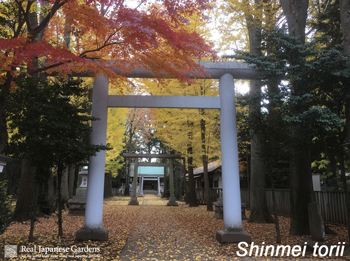 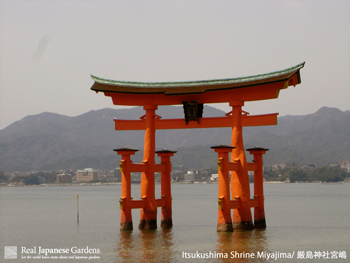 There is some dispute on the origin and age of torii, nevertheless, the oldest surviving record on a torii dates 992.
The torii might have been introduced from India (torana), Korea (hongsalmun), or China (pailou), to mention only some of the manifold theories on its origin. However, it is also possible that the torii was invented parallelly to gates in these other countries.
It seems likely that in Shinto, posts with ropes and paper were used since ancient times to indicate sacred spaces. These might have transformed over time into the more sturdy form of the simplest torii, the shinmei torii.

There are two main theories regarding the etymology of the word torii. One stresses the literal meaning of the word toori iru which is to ‘pass through and enter’.
Making use of the many homonyms in Japanese, the other one offers a different interpretation: 鳥 (tori) means ‘bird’ while 居 (i) means ‘to be’ or ‘to exist’. Birds, and now especially the rooster have a deep connection to Japanese religion and rituals. Birds were believed to sit on the gate in front of shrines or villages and “guard off evil spirits”. 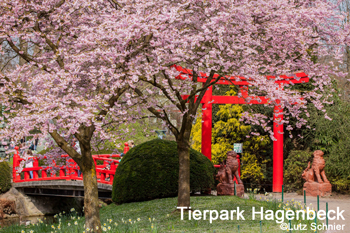 Japanese island in a zoo in Germany

The first significant appearance of a torii outside of Japan was in America during an exposition in 1894. Later, Japanese-Americans, as well as Japanese from Japan, built gardens in North America and included torii. However, to honor the connection to Shinto, these designers usually built a small shrine behind. Not only in America, but also in other parts of the world like Europe, Japanese culture was introduced to the common people following the Meiji Restoration. One example is the Japanese island within the zoo of Hagenbeck in Hamburg, where a torii was brought by ship directly from Japan and was included in the design since the opening of the zoo in 1907. These introductions were often initiated by the Japanese government, like at the California Midwinter Exposition in 1894. 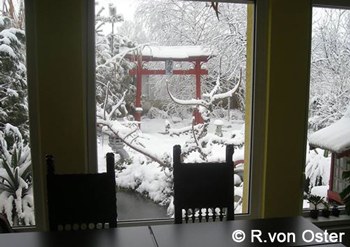 A private garden featuring a torii

Following these, people started to create Japanese gardens on their own in the backyards of their estates and well-known objects, symbols of Japan, were used to emphasize the garden as Japanese. Symbols are, i.a. lanterns, pagodas, Buddhas, but also torii. Because of a lack of understanding of the Japanese culture and the origin of these elements, they were separated from their original context.

[..and the torii gate became a symbol of Japan, not Shinto, in the United States.]
from S.Goto & T.Naka – Japanese Gardens Symbolism and Design

Over decades, the image of Japan and Japanese gardens was more and more defined by symbols used in books, Japanese gardens in the western world, and in television. Recently, the internet and reasonable travel options open a way to study different cultures in a more realistic way. However, it is difficult to change existing notions, which evolved over such a long period of time.

Japanese people do not know how the torii reached America and other western countries and do not understand the different meaning it received, e.g. a symbol for Japan, in other countries. Like the cross, which wasn’t a symbol of Christianity in the beginning and is now commonly used out of its religious content, the torii starts to take a similar way in the private garden constructions. However, even though in Japan torii are used out of their original context too, for example in Kyoto, where people put miniaturized torii around their properties to avoid other people peeing there, the overall feeling regarding using it in ways like this seems not positive. 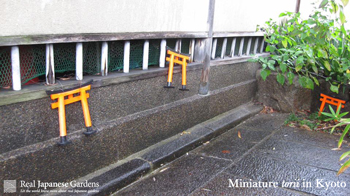 I asked Japanese people of different occasions and ages how they think about using a torii as a garden element or as a guard against urine.
An architect, to whom Shinto is important, thinks that using a torii as a pure design element as well as a guard against urine is inappropriate. A garden designer answered, that he will never build a torii in a garden on request. Similar, he would never move a well or cut down a hundred-year-old tree without preparations done by a Shinto priest, i.e. a ceremony. He further defended the miniaturized torii by telling me, that in Shinto a deity lives in everything, also in the walls of buildings and it is therefore correct to put a torii in these places.
This was also the argument of another person, who saw no problem in using a torii as a garden element. A deity lives in everything. It follows that it is legitimate to construct a torii in gardens outside of Japan, considering deities inhabiting them too.
Other Japanese needed some time before answering, but their consensus was that it doesn’t feel right to use a torii without the presence of a deity in a shrine building. However, one person told me, that he would be ok with a torii as a gate to a, for the owner of the garden, precious item.
Japanese garden scholars seem to accept the fact that the torii in, for example, the United States, gained a different meaning besides the connection to Shinto.

As for now, I come to the conclusion that common Japanese people feel not well when a torii is used as a design element in a garden. To discover a torii built outside its original context might even offend them and could be therefore an object of true cultural appropriation. It is now in our responsibility to respect and accept the feelings of these Japanese while building gardens which pleases and meet the expectations of our customers and, at the same time, raising awareness among the Japanese about the change in the meaning of a torii it faced outside of Japan.

This article appeared first on Patreon.

If you like what you read, consider supporting our Work on Patreon
klick for more info